The Friday night fish fry is king in Wisconsin. Throughout the Badger State, you’ll find a variety of different takes on this standard. Here are three of the state’s very best. 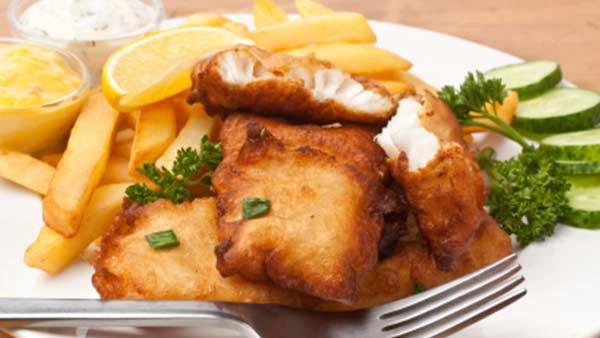 This restaurant re-invents the classic Wisconsin supper club, and their fish frys are outstanding. Choose from the traditional cod, lager-battered walleye, broiled cod and jumbo shrimp.

Impeccable Perch – Wendt’s On the Lake in Oshkosh

On the shores of Lake Winnebago, you’ll find what might be the best fried perch on the planet. No matter where you are, it’s worth the drive!

Late fall might just be the best time of the year to be out on the trail: the trails are dry and the crisp cold air makes for comfortable riding. Plus, on most Wisconsin trails, you’ll find very little traffic in the fall. It’s a great time to be biking. 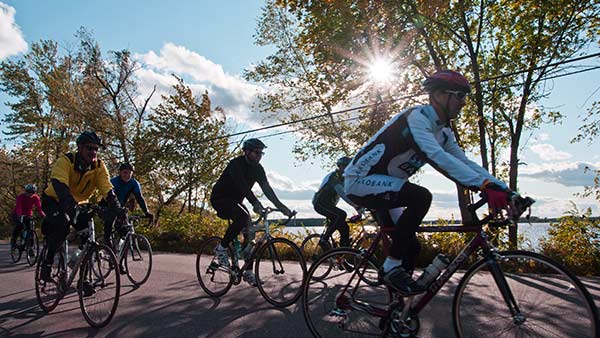 There are a few things to remember when riding in the fall. Dress in layers – you can quickly get overheated, and there’s nothing fun about being all sweated up while you’re riding. When riding in the fall in Wisconsin, it’s a good idea to wear something bright in areas where there might be hunters. And, don’t forget to bring along something warm to drink at the end of the ride.

This set of trail loops is one of the best mountain biking opportunities in the Northwoods of Wisconsin. The rolling hills and dense forest make the Madeline Lake Trail a joy to ride. In late fall, when the leaves are gone, you’ll have great views of the beautiful lakes scattered throughout the area. Don’t miss this great ride. See a map of the Madeline Lake Trail.

When the wind is howling outside, head indoors and discover some of Wisconsin’s most interesting attractions. 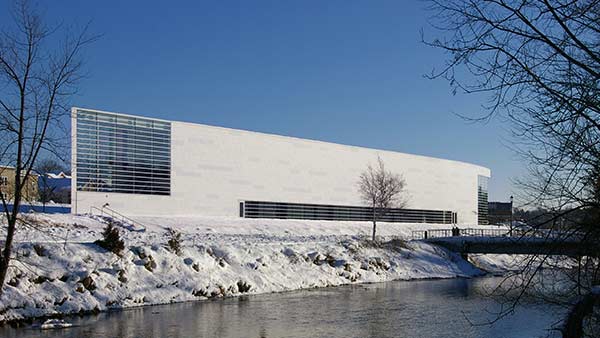 Housed in a dramatic new building on the banks of the Milwaukee River, West Bend’s Museum of Wisconsin Art is a great place to spend a cold winter’s day. West Bend is located less than an hour northwest of Milwaukee in the rolling, green hills of the Kettle Moraine. The museum features art by Wisconsin artists. It’s the largest collection of its kind and includes a definitive collection of paintings by the Milwaukee-born artist Carl Von Marr. Don’t miss the breathtaking exhibit of Native American photographs, “Edward S. Curtis and the Vanishing Race,” which runs through January 5. 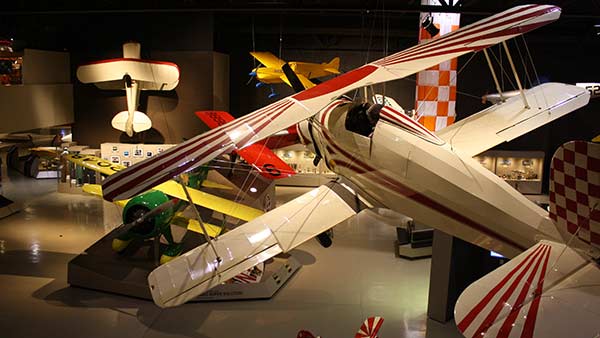 See more than 250 airplanes on display at the EAA AirVenture Museum in Oshkosh. Each of the planes housed in this enormous museum is an important piece of the story of experimental aviation. You’ll find planes on the floor, ceiling and walls of this exciting and colorful museum. There’s also a section devoted to children – you’ll find exhibits that teach about the physics behind flight as well as piloting an airplane and air-traffic control. You’ll leave with an appreciation for the amazing technology behind flight and the brave men and women who dared to pilot these machines. 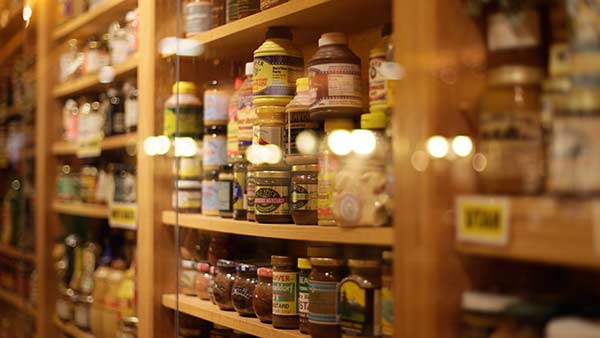 One of the strangest museums in Wisconsin is the National Mustard Museum, located in downtown Middleton. This one-of-a-kind shrine to the ubiquitous sandwich topping is pure fun. If you’re a lover of mustard, you’ll be thrilled by the sheer size of the collection – thousands of jars, tubes and bottles adorn the walls. But, even if you’re merely neutral when it comes to the subject of mustard, you’ll leave with a sincere appreciation of the condiment. Don’t miss this quirky and creative collection.

There’s a fish for every season. Shortly after the ice leaves Wisconsin’s lakes, crappie begin their feeding frenzy. On many river systems, the spring walleye run can be action-packed. Late spring brings great fishing for bluegill on lakes all over the state. As the water begins to warm in early summer, the bass fishing in Wisconsin can be incredible. And, as the mercury begins to drop down toward freezing, the musky fishing can be downright unbelievable. 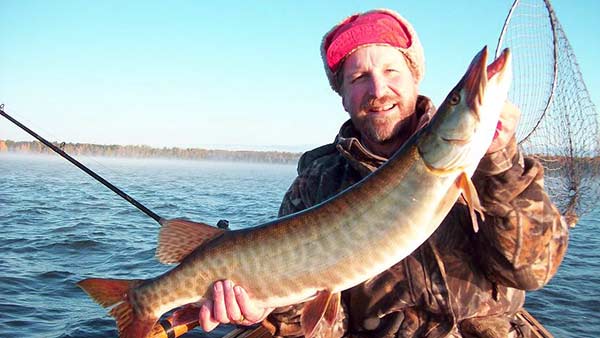 In general, a musky doesn’t feed during the winter. To make it through those long, cold months, these huge predators must pack on the pounds during the fall. By late fall, muskies will be eating voraciously. Musky anglers who want to catch a trophy fish will spend as many hours on the water as they can during this period.

During late fall, big lures are the rule. Musky baits should be between 12 and 18 inches – or more. Successful musky anglers know that they need to spend a lot of time hunting as muskies can be spread out across the entire lake. In fact, fall is the only time of the year that certain monster-size muskies will make an appearance in the shallows. These huge fish leave their deepwater lairs in pursuit of baitfish, particularly ciscoes. Put a lure in front of one of these ravenous predators and you might experience the fight of your life.

Wisconsin offers some of the best musky fishing in the nation, regardless of the season. Here are some of the state’s very best late-fall musky destinations.

Part of the Wisconsin River, this 2,231-acre impoundment is one of the best musky fishing destinations in the Northwoods.

The Black River is home to a healthy population of musky, and Lake Arbutus holds some of the biggest specimens.

Try your luck on one – or all – of this chain’s 28 lakes. You’ll find plentiful fish and lots of room to explore.

If you’re looking for variety, fish the Eagle River Chain of Lakes. This chain has one of the highest concentrations of musky in the state.

The musky fishing in this deep, clear lake really turns on in the late fall. The musky here grow to enormous sizes.

This sprawling impoundment of the Wisconsin River offers miles of channels, numerous islands and lots of musky.

Win a beercation to the Stevens Point area!

If you come to the center of Wisconsin, you will find the four breweries – Point, Central Waters, O’so and Kozy Yak – that make up the Grain Circle Trail. (If you’re into hiking or biking, we’ve got the Green Circle Trail, too.)

Now, you and three lucky friends could win a VIP beercation to experience all the great tastes the Grain Circle Trail has to offer!

Enter the Grain Circle Trail Giveaway today, and you could win a trip for four to explore the Stevens Point area’s great breweries with tours, tastings and more! Plus, we’ll provide lodging and transportation to and from the breweries … all you have to worry about is the beer!