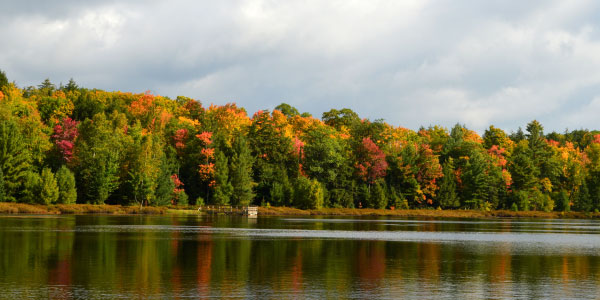 There are few vacation activities more affordable, rewarding and relaxing than taking in the annual fall color display. When trees take on brilliant hues of yellow, red and orange, it’s impossible to not to pause and admire one of nature’s most dramatic displays. How can you make sure you don’t miss one ooh or ahh? You’re in luck. A little planning can make sure your fall getaway is relaxing, memorable and more than a little colorful. Here are some travel-tested tips to ensure your fall travel is as beautiful as a painting.

Fall is festival season in Wisconsin. It’s a time when main streets are taken over by parade floats, craft fairs fill the parks and hand-dipped caramel apples tempt people not to spoil their dinner. Join the fun: these free, fun events are a great way for the whole family to enjoy fall – and where else can you go pumpkin bowling? Find Wisconsin fall events here.

Fall is apple season and Wisconsin’s orchards provide fall fun by the bushel. There are pick-your-own outfits as well as family market stands that sell pecks of deliciousness. Fall apples come in dozens of varieties and have numerous health benefits – they have been linked to reductions in “bad cholesterol,” and may prevent a number of diseases. Plus, they are really delicious, especially when they are purchased right from a Wisconsin orchard. A peck, by the way is about 10-12 pounds of apples, or about 32 apples.

There’s nothing like a fall stroll through a Wisconsin forest. Feel the leaves crunching underfoot, admire the changing leaves and breathe in the fresh air. Autumn is a terrific time to hit the trails and there are hikes suitable for everyone. From short stroller-friendly trails, to challenging long-distance routes like the 1,000-mile Ice Age Trail, there are options that any fall hiker can fall in love with.

Wisconsin’s fall color drives are second to none. The dairy state’s vast network of back roads and country lanes will take you straight into some spectacular fall scenery. Drive past sparkling lakes, through wild forests and along winding rivers. Where can you find this fall beauty? Just exit off the main highway and lose yourself in the fall colors. Bring a camera along – you may want to pull over, stretch your legs and capture scenes fit for a calendar.

Wisconsin’s peak fall color season runs from Mid-September to Late October, depending on the region of the state. See the status of the colors with the Fall Color Report. Plan your getaway – some great places to plan a fall color trip include West Bend, Rhinelander , Boulder Junction and Land O’ Lakes.

These little roadside spots are easy to miss – drive too fast and you might not see them at all. Slow down and you’ll be rewarded. Wisconsin has a fascinating history that you can find right at the side of the road. Save a museum visit for another day – to enjoy these sights, you won’t need to buy a ticket or stand in any line. Just bring a little curiosity, step out of the car and stand on the spot where something remarkable once happened.

Here are a few fascinating spots to visit on your next Wisconsin road trip:

On the night of July 20, 1832, Sac Indian leader Black Hawk and his followers camped in a spot that’s now part of Middleton’s beautiful Pheasant Branch Conservancy. According to the marker, Black Hawk was here with his band because he was fleeing the U.S. Military during the Black Hawk War of 1832. The Native Americans were not here long – the next morning they fled to the Wisconsin River. You’ll find the encampment site on Pleasant Branch Road, 1.3 miles north of State Highway 12 in Middleton.

On June 29, 1915, a new era in firefighting began in Boulder Junction. Jack Vilas was commissioned “official aviator” by the Wisconsin State Board of Forestry and he began air patrols of the forest in his Curtiss Flying Boat. Vilas searched the vast forest for fires in his “flying machine” that could not top 70 miles per hour but could stay aloft for more than five hours. It was the first time anywhere on earth that an airplane was used for detecting forest fires. You can find the spot of these historic flights on County Highway M, six miles south of Boulder Junction.

On May 16, 1933, the Oneida County Board of Supervisors passed the nation’s first rural zoning ordinance, forever changing how and where development would occur. It helped the county continue to provide public school service and it’s a big part of why wild areas we enjoy today are still wild. The site of an ordinance passing might not seem stop-worthy, but the historic Oneida County Courthouse is beautiful and worth visiting if only to see its famous Tiffany-style glass dome, which was constructed in 1909. The courthouse is located at 1 S. Oneida St., Rhinelander.

Logging the wild Wisconsin Northwoods was not an easy business. Rusk County was once covered by millions of acres of white pine and hemlock trees but some creeks were simply too shallow and crooked to float timber out to the Chippewa River and on to the mills. To solve the problem, a railroad was constructed in 1875-6 from Potato Lake to the Big Bend of the Chippewa River. The remnants of the railroad today can be driven on the town road just went of the marker commemorating the site. The site can be found just of State Highway 8 in Weyerhaeuser.