Manufacturing has been an important part of Wisconsin’s history. Factories in Wisconsin have produced everything from appliances to beer. Considering the state’s industrial roots, it’s no surprise that there are some excellent museums here in Wisconsin that focus on the history of important industries. Here are three museums where you can explore the world of aircraft development, cookware manufacturing and beer brewing. 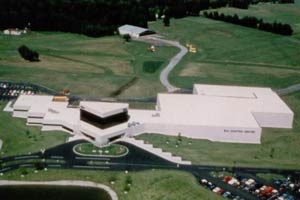 Each summer, the Experimental Aircraft Association’s Airventure Oshkosh attracts more than 500,000 people from more than 60 different countries for “The World’s Greatest Aviation Celebration.”

The EAA Airventure Museum serves as a year-round celebration of aviation. There is perhaps no better place to learn about the history of aviation than this vast museum. The story of flight is told through a dazzling array of exhibits, including 250 historic airplanes. Five movie theatres show films highlighting aeronautical innovators and important moments in the history of flight.

In the new Innovations Gallery, you’ll learn about some of the most interesting aircraft ever created. See World War II planes and learn about their pilots in the Eagle Hangar. For kids, there’s hands-on exhibits in the KidVenture Gallery. 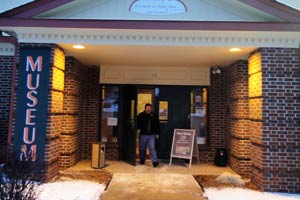 These two companies produced aluminum products for kitchens across America. The products manufactured in West Bend helped to shape how American’s lived, cooked and thought about their homes. It’s an interesting look at American manufacturing and culture in the 20th Century. 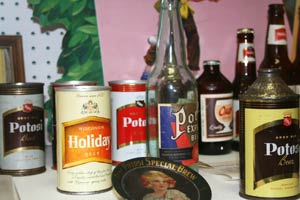 Brewing beer is one of the things that Wisconsin is famous for. Before refrigeration allowed for the long-distance transport of beer, the Badger State was home to dozens of small breweries. One of those breweries was the Potosi Brewery.

Today, the Potosi Brewery Museum tells the story of the brewery industry in 19th and 20th Century America. See artifacts, exhibits and advertising materials that tell the story of how small-town breweries produced and transported their products throughout the region. You’ll see how advances in technology helped to both change the way products are made and shipped, but also the culture itself.