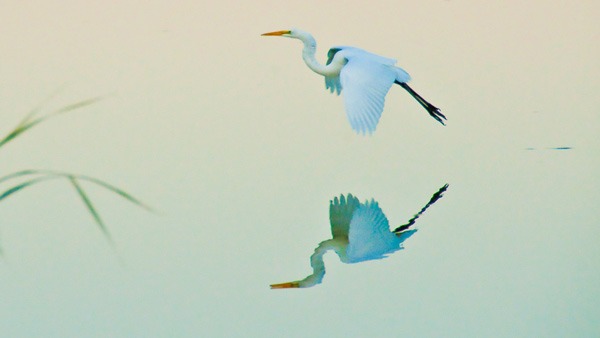 Even as the last snow clings to Wisconsin’s fields, forests and hills, birds across the continent are preparing to make their migration back to the Badger State. For birdwatchers, spring is an exciting time of the year. Here’s a preview of what to expect.

With snow still on the ground, large numbers of Canada geese begin to make their way to southern Wisconsin’s fields and waterways. On areas of open water, you’ll see flocks of coots and small groups of ducks. Backwater sloughs and small rivers attract many types of waterfowl.

By March, red-winged blackbirds and grackles can be seen in increasing numbers in southern Wisconsin, followed by sparrows and robins by the middle of March. The same sequence happens in northern Wisconsin two to three weeks later.

In April, bald eagles, osprey, falcons and other raptors can be seen passing through the state. Sandhill cranes will be heard trumpeting all across the land. In the southern part of the state, the calls of songbirds will be heard by mid-April. Songbirds arrive in the Northwoods by early- to mid-May.

These waves of songbirds include many species of warblers, which have traveled thousands of miles from Mexico, Central America and South America. April and May are prime time for seeing these neotropical beauties.

By mid-May, birders across Wisconsin are presented with a cornucopia of bird species. Birdwatchers can see everything from brilliantly colored orioles to common loons.