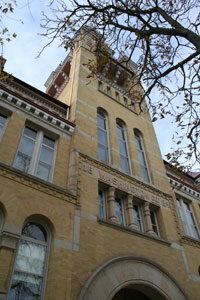 You’ve made the decision to hit the open road and visit one (or all) of our dozen unique destinations. So what are you going to do once you get there? Here are three local highlights to help you plan your trip.

1. Museum of Wisconsin Art. Originally established as the West Bend Gallery of Fine Arts in 1961, the Museum of Wisconsin Art showcases historic and contemporary works by painters, sculptors and photographers from across the Badger State. The museum features six galleries of permanent and temporary exhibits and also boasts the Wisconsin Art Archive, which contains more than 8,000 files on Wisconsin artists and the state’s art and history. Also, you can step outside and onto the city’s famed Riverwalk, populated with more than two dozen sculptures along the route. In 2011, the museum celebrated its 50th anniversary and held a groundbreaking for its new building, which will open in fall 2012 with more than twice as much exhibition space. 300 South Sixth Avenue, West Bend; (262) 334-9638; www.wisconsinart.org

3. West Bend Cache Ba$h. Have you ever heard of geocaching? If you haven’t, here’s the CliffsNotes version: Participants use GPS devices to find hidden items – aka “caches” – in a given area. With your newfound knowledge, head to West Bend, known as the Geocaching Capital of the Midwest®, for its annual Cache Ba$h. The event, which will celebrate its fifth anniversary in August, attracts hundreds of teams every year and offers $1,000 in cash prizes. And don’t worry about not knowing what to do: this year’s event will feature an introductory class for new geocachers. Aug. 10-12, 2012; http://www.westbendcache.com